“Why Would God Let Me Get Pregnant?” 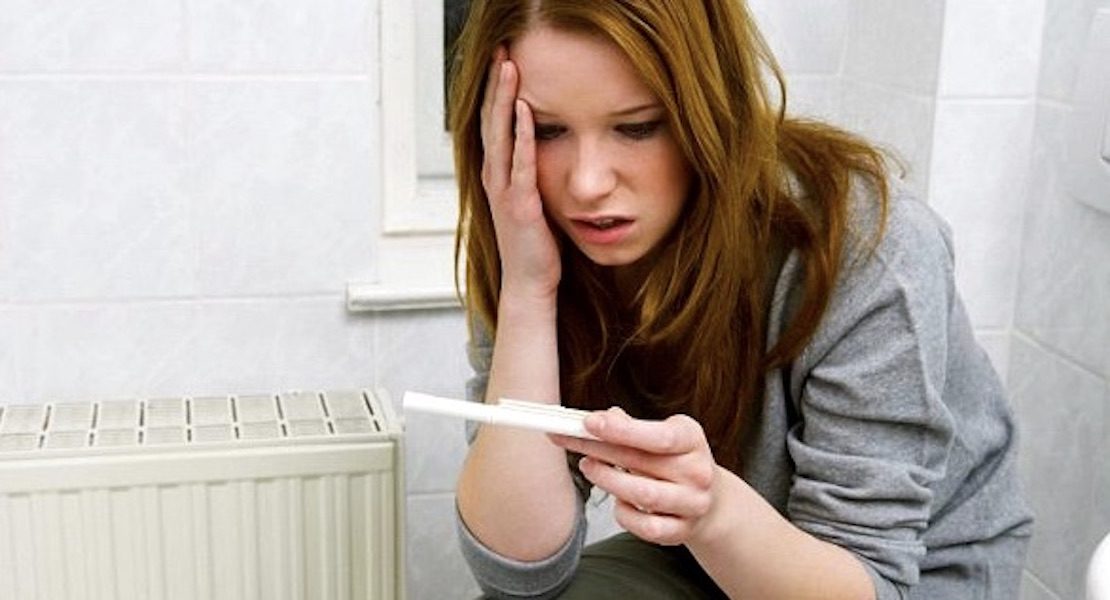 Cathy clutched the steering wheel as she rounded the curve near her parents’ home. She had driven down that same road countless times, but this time was different. She didn’t want to go home—to see her mom and dad face-to-face.

She didn’t want to look into their eyes after she had told her mom on the phone, “I’m pregnant.”

She didn’t want to see the tears.

As Cathy peered down from the top of the last hill, she caught a glimpse of her childhood home. She smiled when she saw the front porch swing. But then she remembered the hard conversation with her mom just a few days earlier.

Cathy had put her parents through a lot over the past two years. In her mind, being pregnant would be the “last straw” for them.  She wished she could be like her other friends and just end her problems with an abortion. Oh, she had considered it, but decided that she just couldn’t go through with the procedure.

Her roommates said if she decided to keep the baby they would help her raise the child. They even told her they would arrange their school schedules so someone could always be home.

But that didn’t sound realistic to Cathy.

Cathy was about to face reality. She would see her parents for the first time in months. She wondered why she had accepted her mother’s invitation to come home for the weekend.

The least likely to stray

As Cathy describes herself, she was pretty straight-laced in high school. “Never partied or drank,” she says. “I never had to face consequences because I never did anything bad.”

Her high school friends would have described her as popular … active in church … an athlete … the least likely to stray from her faith. She had been raised in a tight-knit family that went to church every Sunday.

But that all changed when she went to college.

“I just felt kind of lost,” she says. “I wasn’t really sure who I was and who I wanted to be and what I wanted to do.”

No longer surrounded by a loving family and Christian friends, Cathy wanted to be accepted with the college crowd. She started drinking, skipping classes, and having sex with her boyfriend. At first, she sensed a “heart-pounding, ‘this isn’t right’ feeling” when she experimented with this new behavior. Over time, the feeling became very distant and faint. “But it was still there,” she says. “It was always there.”

During finals week at the end of her sophomore year, Cathy and her roommates went to breakfast together and quizzed each other for their upcoming exams. As they were sitting around a restaurant table, Cathy told her friends that she thought she was pregnant. They responded, “Oh, Cathy, you say that every month. If you’re so scared of being pregnant, then stop having sex.”

One of the girls said that she had an extra pregnancy testing kit at the house, and later that day Cathy took the test. “It showed two pink lines, just as clear as a bell,” she says.

Why would God let me get pregnant? she asked herself.

When Cathy pulled into her parents’ driveway that day, she wondered if they would reject her for getting pregnant. She looked for stacked boxes on the front porch, filled with all of her earthly possessions. But there were none.

“Mom and Dad walked out the front door and just grabbed me and hugged me and started crying,” she says. “It really felt like the prodigal returning. They didn’t have anything but love for me.”

Cathy’s mother had sensed that Cathy’s infrequent visits were a way of distancing herself from the family. “She was hanging around a wilder crowd and doing only what I could imagine,” she says. “So when that phone call came that night Josh [Cathy’s dad] was shocked but I wasn’t.”

Fortunately, Cathy’s parents had a couple of days to consider the situation before their daughter came home. They prayed and sought counsel. “People helped us see that her sin was no greater than ours, and that was a transformation.”

Cathy’s mom imagined how she would feel when her youngest daughter came home. “I didn’t know if she was going to bristle,” she says. But when Cathy walked through the door, “it was real easy to put our arms around her and cry a little bit, and sit down and talk.”

Cathy’s parents told her that they would continue to love her and support her emotionally and spiritually. “But,” they said, “you are going to have to accept the physical and financial consequences of your choices.”

“We believed with all of our hearts that God wanted Cathy to be reconciled with Him and with us,” Cathy’s mom says, “And part of that was her assuming all of the consequences and us not taking them for her.”

As Cathy visited with her parents, she began to understand what her future as a single mom might look like. “We’re not going to be a babysitter so you can finish school,” her parents said. “We’ll continue paying for college, but we won’t give you any other money.”

Cathy thought it was unfair that God would allow her to suffer the consequences for her lifestyle while many of her friends would not suffer similar consequences. “I wasn’t going to be able to drink with them,” she says. “We couldn’t all sit on the front porch and smoke cigarettes anymore because I was pregnant.”

And Cathy had no idea how she could raise a child alone.

As she considered her options with her parents, Cathy’s mother asked, “Have you considered adoption?”

Cathy’s best friend had been adopted and told her that she did not feel adopted—that her adopted parents were her parents. Cathy’s mother knew an adoption attorney, and she agreed to see him.

After visiting with the attorney, Cathy decided that adoption would be the best decision for her. The attorney advised that she cut off contact with the baby’s father and move away. Heeding his advice, Cathy withdrew from college when she was about three months pregnant. She told her boyfriend that she was going to put the baby up for adoption. “I don’t think we’ll ever see one another again,” she said.

She moved in with her sister, and began working at a department store near the apartment. During this time she grew closer to her mom and dad. “She needed us,” her mother says, “because she didn’t have anyone else to help her walk through this.” Every day during Cathy’s pregnancy provided new opportunities for the entire family to trust God.

While living with her sister, Cathy would often put her hands on her stomach and cry out to God. “I remember being totally broken,” she says. “I remember reading a lot of Psalms about David feeling defeated and his enemies that triumphed over him and asking God for help.”

Some friends knew of a couple living in another state who desperately wanted to adopt a child. This couple invited Cathy to visit their home for a week. “I was able to be a fly on the wall and see how they did family life,” Cathy says. “While I was in their home, I told them that I wanted them to be my son’s adoptive parents.”

The couple asked Cathy to help them choose a biblical name for the baby, and Joshua was an option. “I liked that,” Cathy says, “because Joshua is my dad’s name.”

When she told her dad that the baby would be named after him, he just bit his bottom lip and nodded.

Her dad was in the delivery room for his namesake’s birth, along with Cathy’s mom, sister, and the adoptive parents. The adoptive father cut the umbilical cord and handed the baby to Cathy.

A few days later, when Cathy and Joshua were alone in the hospital room, she cradled her son in her arms. “I love you,” she whispered into his ear. “That’s why I’m doing this.”

Cathy is grateful for the lessons God taught her through her pregnancy. “Had I not gotten pregnant,” she says, “I don’t know what would have happened with the relationship with my family … Satan meant to destroy me.”

Although her parents forgave her, it was hard for Cathy to forgive herself. From time to time she still recalls specific memories of hurtful conversations that she had with her mom and dad. “It’s appalling that I could have said those things and could have acted that way.”

The invisible wall that once existed between Cathy and her parents has been shattered. “I started to understand the environment that they had tried to put me in to keep me safe,” Cathy says. Today she realizes what her parents had wanted for her.

20 Ways to Encourage Your Pastor

Of Moths and Memory