When Your Marriage Is Dying

Unforgiveness is like acid; it destroys the vessel in which it’s stored. —Author Unknown

The very word reconciliation causes many separated couples to break out in a cold sweat. They panic at the thought of exposing their battered hearts to another potential beating. They’re certain they can’t face another rejection or betrayal. Sadly, few people are taught how to guard their heart and require trust to be re-earned when the covenant has been broken. They’re so determined to avoid being vulnerable, they won’t entertain thoughts of reconciliation. Yet, even marriages that have gradually decayed over many years can be restored.

Let me state clearly that I detest divorce; the devastation involved is heart-wrenching. I firmly believe it should be avoided if at all possible. I am totally committed to marital restoration and would dance a jig if a “going out of business” sign could be hung on my divorce-recovery ministry. However, the reality is that it takes two people to get married and only one to get divorced. And herein lies the problem.

For the person who wants the marriage to be restored, the most perplexing question is “How do I know when to accept the fact that my spouse does not want this marriage and recognize this as reality in my life?” Most church leaders, parents, pastors, family members, and individuals seek a “formula” to answer this question. Unfortunately, there is no such recipe because each situation is unique and should be addressed as such.

However, there are some essential steps couples must take if reconciliation is to be successful.

First, both spouses must be one hundred percent willing to do the hard work necessary to repair the marriage. The journey will be challenging, exasperating, and at times painful, but the results are worth it.

Second, if one or both spouses has had an intimate relationship (physical or emotional) with a third party, all communication with that person—phone calls, letters, e-mails, or visits—must end. If he or she works with the spouse, a job change should seriously be considered.

Third, both parties must be willing to go to counseling. The couple should take time to find the right Christian counselor, someone who is qualified to deal with issues that they’re struggling with, such as, adultery, addiction, or abuse. Finding the right counselor is like buying a pair of shoes; sometimes you have to try on several pairs before you find the right fit.

Fourth, restoring a marriage takes time. Rushing the process and avoiding or downplaying painful issues typically leads to another separation and divorce. It’s tragic when a marriage that could have been reconciled is destroyed because the root cause was never treated.

A marriage can’t be restored if only one person wants reconciliation, but that doesn’t mean you should give up hope. Just because your spouse isn’t willing to reconcile today doesn’t mean he or she will never consider it. God understands how hard it is to pray life into a dead marriage. He will give you strength and wisdom and knowledge of what to pray. He will help you know when you should pursue reconciliation and when you should accept that the marriage is irreconcilable. “Call to Me and I will answer you, and I will tell you great and mighty things, which you do not know” (Jer. 33:3 NASB).

The other day my wife came home from work and said she’s leaving me because she doesn’t love me anymore. I’m stunned that my marriage might be over. I don’t want it to end. What can I do?

I know this is a fierce blow, but do your best to calmly ask your wife to give you a more in-depth answer as to why she’s leaving you.

Be careful about how you react to her rejection. Angry outbursts won’t help you reconcile the marriage. Neither will self-pity, whining, clinging, begging, or threats of suicide. Getting even by dating or having an affair also won’t work. Those behaviors communicate to your wife that she is off the hook. As an added bonus, they relieve her guilt because she then feels justified in leaving.

You can tell your wife that although you’re deeply hurt, you’re willing to learn from her where you may have failed the marriage. Ask for reconciliation, but recognize that she might not respond positively at first.

Explain why you believe there is hope for your marriage and the steps you’re willing to take to improve the relationship. Share with your wife that you value the marriage so deeply you’re willing to go for counseling. You can’t force her to agree to reconciliation, but you can encourage the decision and you can pray.

One consideration: I’ve observed that people having an affair often ease their conscience by saying, “I don’t love you anymore” or “I’m just not happy,” rather than saying, “I’m leaving you for someone new.” If your wife is having either an emotional or physical affair, you’ll need to see a counselor.

My husband left, and I can’t afford our huge house. My friends tell me to sell it, but I’m afraid that will destroy any chances of restoring our marriage. Won’t selling the house communicate to my husband that I’ve given up?

It’s normal to assume losing the home you shared will end any hope of restoring the marriage, but it’s unfounded. View the sale as a good thing. If finances were an issue in the separation, then downsizing might relieve one stress factor. Remember, reconciling doesn’t mean going back to the way things were; it means starting fresh.

I had a yearlong affair. I’ve asked my wife to forgive me, but she says she can’t ever trust me again. Is there a way to get my wife back?

The cliché “actions speak louder than words” is true. Words aren’t enough to prove your repentance. For there to be hope, your wife will need to see over a period of time that you’re a changed man.

Communicate your sincerity by doing the following:

If you do divorce, remain faithful to your marriage covenant and continue to pray for restoration. If your wife remarries, then there is nothing more you can do.

My friends tell me I need to forgive my ex-husband, but I don’t think I need to until he asks to be forgiven. He deserves to suffer for what he did to me. Why should I forgive him when he has never admitted he was wrong?

Forgiveness isn’t a fun process, but if you want to mend, it’s vital. “For if you forgive men when they sin against you, your heavenly Father will also forgive you. But if you do not forgive men their sins, your Father will not forgive your sins” (Matt. 6:14-15). Notice God says nothing about waiting until you feel like forgiving or that you only have to grant forgiveness if the person asks for it. God expects you to take the first step, beginning with a willing heart.

The ability to pardon another person comes from God, not your own strength. He will help you. Your role is to surrender and desire His way above your own. This may take time, especially if the offenses were severe. Walk toward forgiveness—the initial step is the hardest. 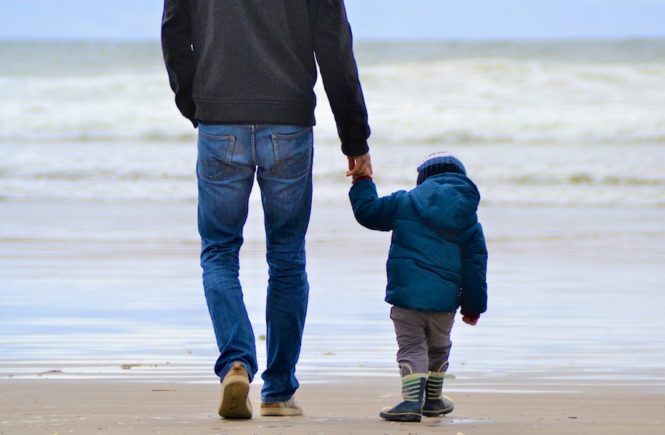 What It Means to Be God’s Man