Modeling a Commitment to Excellence for Your Children

Not long after we began our family Barbara and I decided we would go away for a weekend and hammer out a statement of values that we wanted to embed in our children. Each of us wrote our top values individually, and then we discussed them as a couple. Although we agreed on the top two or three values, we differed greatly on the others.

As you consider your own convictions in this area, here are two candidates:

1. We need to model and teach a commitment to excellence.

The stabilizing force in my life was my family. They taught me the standard. Mom always did it right. Dad’s character was always rock solid. Both had grown up in families that were rich in relationships and poor by the world’s standard. But they both worked hard. At work. At home. And at play. Everything about their lives–from the school board elections and the Little League teams they coached to caring for elderly parents–rejected mediocrity and modeled a commitment to excellence. Barbara’s parents modeled the same standard.

So when we began to discuss our standards for our children at home, school, work, and play, we both drew from a deep reservoir called family. Both of us grew up learning what Barbara’s dad used to say: “If it’s worth doing, it’s worth doing right.” We hope that our lives reflect that. We are certainly trying to pass on the challenge to excel to our children.

What are your convictions when it comes to maximizing your potential? Are you easily satisfied with the status quo? Does your child see you as a growing, developing, and hard-working person? Are you challenging him to work to his fullest God-given potential? Are you being a John Mulroy to your son? Your daughter? Are you calling him or her away from a snare called mediocrity? When it comes to desiring much more than mediocrity from our children, we need first to examine our own ideas, habits, and performance.

2. We believe God has given us the responsibility of developing children to their fullest potential.

Here’s where I’m going to take the opportunity to brag on Barbara. When our children are a little older they will recognize that she has been the driving force behind much that they accomplished during their time at home. At key points she refused to let them slide into the anonymity of the herd and be average.

She pressed them to be their best. She cheered them on when they struggled. She even home-schooled a preteen and teen to make sure they learned some basics before they had to face junior high. And she was always the one who prodded me to stay up late and help with those science fair projects.

With six children, she sure didn’t feel that she was always succeeding. In fact, I can tell you that she continues to struggle with knowing just how much to push and when to back off.

Many times I have watched as she’s called a child back to the kitchen to insist a job be redone well when it would have been easier to just finish the job herself. Helping her children reach their potential is a part of her calling as a mom.

Someday they’ll rise up and bless her for it.

For the single parent

Never forget that your model of hard work and commitment to your family will pay big dividends in your child. He will observe your standards and your commitment to excellence, drawing strength like water from a well.

I know of one woman, Marjorie Schulte, who raised six children through the turbulent teenage years by taking on a variety of jobs, including a paper route at 4:00 a.m. She was home in time to send her children off to school, and then she took in laundry and did odd jobs for families so that she could be there for her children when they arrived home after school. Today all six of her children are college graduates, including one from Yale. Her fierce commitment to excellence was caught by her children, who today are living lives that honor God. 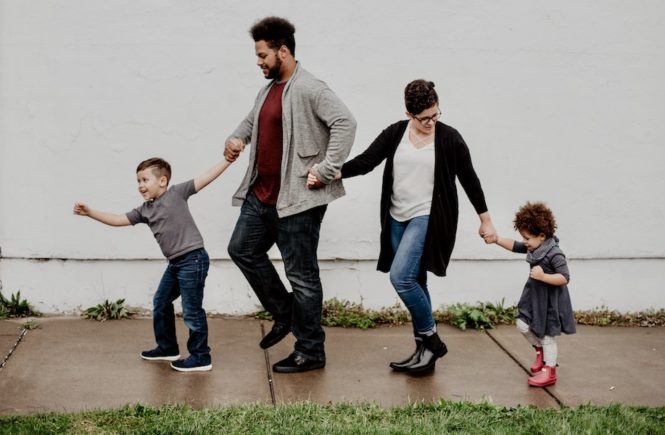 Reader Responses: How Do You Change a Bad Attitude? #1-50

Why Do So Many Kids Leave the Church?