Disciplining Your Children Without Losing Your Cool

I can relate to the frustrations of parenting little ones all day. Been there, done that! I also know how easy it is for mom to lose her cool. I was really struggling one day in particular when my children were younger. Feeling guilty for the harsh words and not-so-sweet tone of voice I had used all day, I decided to write down some guidelines that would enable me to keep myself in check. Perhaps you might benefit from them as well:

Our children can sense when they are being violated by impure motives, and God knows the motives of our hearts. If our motive is sinful, we will give reproof in a sinful way and our children will view it as a personal attack or an act of vengeance. This may result in them becoming angry rather than repentant. Pray through your motives before you reprove your child if you feel that they are in question.

For example, nothing irritates me more than when I am talking to an adult and one of my children interrupts our conversation. However, if I am motivated by sinful anger, I will sin against God and my child when I administer a reproof. My motive should not he revenge because I am irritated or inconvenienced. My motive should be to drive out the rudeness and inconsiderate disrespect from the heart of my child.

If my motive is sinful I might say, “I can’t believe you are so inconsiderate. I am trying to talk to her and you are acting so ugly!” But if my motive is righteous rather than selfish I might say, “Honey, do you think it is kind or rude for you to interrupt Mama while she was talking to someone? Are you thinking about others or yourself when you interrupt? What could you have done rather than interrupting?” Always remember to apply Galatians 6:1 when reproving your child: “Brothers, if someone is caught in sin, you who are spiritual should restore him gently” (Emphasis added).

Also, remember that we are to provide our children with a means of escape rather than just rebuking them for wrong. “No temptation has seized you except what is common to man. And God is faithful; he will not let you be tempted beyond what you can bear. But when you are tempted, he will also provide a way out so that you can stand up under it.” (1 Cor. 10:13) Children often feel the sudden urge to communicate something to Mom while she is speaking with someone else. To prevent rude interruptions, our children are required to place their hand on me and wait for me to give them permission to speak. This way, they are not exasperated. After all, when two mommies are talking it can seem like an eternity before there’s a pause in the conversation. This can seem unbearable to a small child.

When my children place their hand on my arm (or wherever) they are letting me know in a way that shows respect for me and the other person, “Mom, I need to say something but I don’t want to be rude.” I will usually place my hand on top of theirs to communicate, “I know you need something, and I’ll ask you as soon is there is a pause in conversation.” As soon as it is convenient, I will give them permission to talk. This is providing them with a means of escape. Teaching them to put their hand on you rather than interrupting is not a biblical mandate. It is a tool, used to prevent exasperation.

Guideline #2: Examine your life.  Have I provoked my child in some way? What is my example? How do I act when things don’t go my way? Have I led my child into sin by failing to teach him? By failing to provide him with a means of escape? By failing to train him in what is right? Have I given my child more freedom than he can handle? We should apply the biblical admonition: “You hypocrite, first take the plank out of your own eye, and then you will see clearly to remove the speck from your brother’s eye.” (Matt. 7:5)

Guideline #3: Choose the right time and place.  Do not embarrass your child. He will be more attentive to your instructions if he is not embarrassed because of being reproved in front of his friends. When you reprove your child in front of others, you take his focus off of the sin in his heart and onto the embarrassment and humiliation that you have unnecessarily caused him. Your goal is not to embarrass him but to bring him to repentance. Occasionally it may be necessary to reprove your child in front of others but most of the time, if others are around, it would be better to take the child into another room or quietly instruct him in his ear. Jesus taught us, “If your brother sins go and reprove him in private; if he listens to you, you have won your brother” (Matt. 18:15).

Guideline #4: Choose the right words.  Be careful not to replace God’s wisdom with man’s wisdom. Rather than using worldly terminology, use biblical terminology. For example, when speaking to your child, don’t substitute:

“You are being disrespectful” with “You are acting ugly.”

“Being foolish” with “Being stubborn.”

“Being disobedient” with “Being strong-willed.”

Use biblical terminology when you can because it is the power of God’s words and God’s wisdom that will truly penetrate the hearts of your children. Hebrews 4:12 explains this power clearly: “The Word of God is living and active; sharper than a double-edged sword; it penetrates even to dividing soul and spirit, joints and marrow; it judges the thoughts and attitudes of the heart.”

Guideline #5: Choose the right tone of voice.  Make a conscious effort not to scold your child. You are ready to reprove your child biblically when you can speak to him in a normal tone of voice and with carefully measured words: “The heart of the righteous weighs its answers but the mouth of the wicked gushes evil” (Prov. 15:28). Back in 1891, H. Clay Trumbull wrote about the dangers of scolding:

“Scolding is, in fact, never in order, in dealing with a child, or any other duty in life. To ‘scold’ is to assail or revile with boisterous speech. Scolding is always an expression of a bad spirit and of a loss of temper.

“If a child has done wrong, a child needs talking to; but no parent ought to talk to a child while that parent is unable to talk in a natural tone of voice, and with carefully measured words. If the parent is tempted to speak rapidly, or to multiply words without stopping to weigh them, or to show an excited state of feeling, the parent’s first duty is to gain entire self-control. Until that control is secured, there is no use of the parent’s trying to attempt any measure of child training. …”

Allow me to illustrate the difference between scolding and biblically reproving. It was a cold day in February. My children asked if they could go outside to play. I gave them permission to go out but only after they had put on their coats and shoes.

Now, you have to understand that my daughter, Alex, absolutely delights in being barefooted. As she whizzed by, I confirmed my orders by repeating, “Don’t forget to put on your shoes.”

Twenty minutes passed. Then, as I was taking out the trash, what should I find but Alex, running around on bare feet that had turned a bluish purple color. As if that wasn’t enough to light my fire, her new pants were a little too long for her legs so without her shoes she stepped on them. After grinding the bottom of her pants into the concrete for twenty minutes, she now had two holes in them. It may have been cold outside, but the heat building up in Mama at that moment could have warmed the entire neighborhood.

Alex had directly disobeyed me. There are two ways that I could respond:

I could scold her. I could harshly say, “Alex, I TOLD you to put your shoes on! Now your feet are HALF FROZEN and just LOOK at what you have done to your pants! (With hands on hips and finger wagging frantically) YOUR DADDY works so hard to buy you these clothes, and THIS is how you show your appreciation! You just see how fast you can get your tail in your room! You are getting a major spanking, young lady!”

I could biblically reprove her in love. I can gently say, “Alex, Honey, I told you to put on your shoes before you went out. Have you obeyed or disobeyed Mama?” After she verbalizes that she has disobeyed, I can come back with, “Well, Sweetheart, God says that children are to obey their parents. Mama loves you too much to allow you to disobey. Now, go to your room and I’ll be in there in just a minute.”

To which response do you think she will be more receptive? Which one shows unconditional love and careful instruction? Which one will she learn from without being provoked to anger? Remember that scolding is an angry response. “A gentle answer turns away wrath but a harsh word stirs up anger.” (Prov. 15:1)

If you struggle with your tone, as I do, rather than reproving your child in a normal tone of voice you can even try and soften your voice a little when you are giving a reproof. When I am in the habit of making a conscious effort to instruct my children in a softer voice than I normally use, it helps me to have self-control.

Guideline #6: Be prepared to suggest a biblical solution.  This is what we talked about earlier. We can tell our children what to put off (sinfulness) but we must remember that it is even more important to tell them what to put on (righteousness), to train them in how to replace that wrong behavior with right behavior, and to then have them actually exercise what they have learned. The Bible describes it this way:

“You were taught, with regard to your former way of life, to put off your old self, which is being corrupted by its deceitful desires; to be made new in the attitude of your minds; and to put on the new self, created to be like God in true righteousness and holiness.” (Eph. 4:22—23)

By verbally correcting our children in righteousness using God’s Word, we are preparing them to govern their own actions and enabling them to discern matters of their own hearts. We want them to heed our instructions so that they can learn how to discern what is right.

A Biblical Approach to Manners

Teaching Your Teen to Treat the Opposite Sex With Dignity 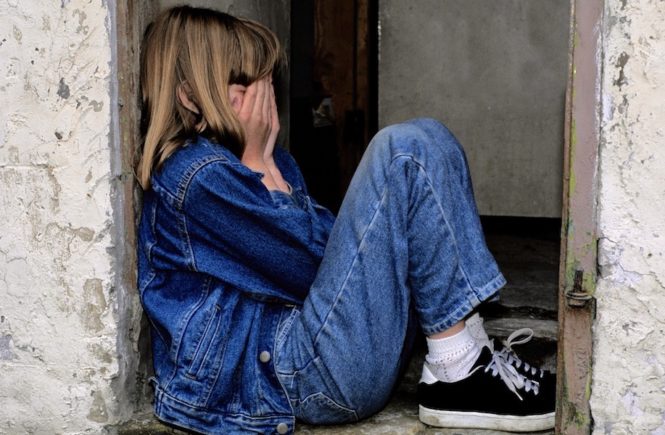 It’s Okay For Your Kids To Fail