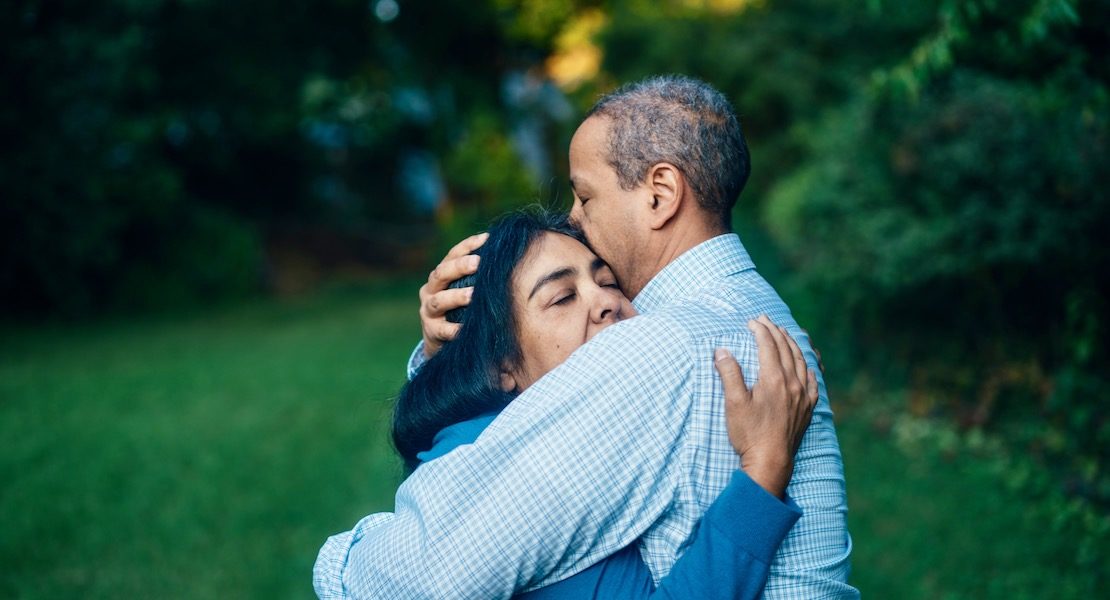 I like beer. I always have. Ever since my high school buddy and I drank ourselves sick with a case of quarts, I have liked beer. I like the way it washes down a piece of pizza and mutes the spice of enchiladas. It goes great with peanuts at the baseball game and seems an appropriate way to crown 18 holes of golf. Out of the keg, tap, bottle, or frosty mug—it doesn’t matter to me. I like it.

Too much. Alcoholism haunts my family ancestry. I have early memories of following my father through the halls of a rehab center to see his sister. Similar scenes repeated themselves with other relatives for decades. Beer doesn’t mix well with my family DNA.

I never made a big deal out of my abstinence. Or someone else’s indulgence. I differentiate between drinking and drunkenness and decided, in my case, the former would lead to the latter, so I quit. Besides, I was a seminary student (for the next two years). Then a minister (three years). Next a missionary (five years). Then a minister again (22 years and counting). I wrote Christian books and spoke at Christian conferences. A man of the cloth shouldn’t chum with Heineken products, right? So I didn’t.

Then a few years back something resurrected my cravings. Too many commercials? Too many baseball games? I don’t know. Quite likely, it was just thirst. The south Texas heat can rage like a range fire. At some point I reached for a can of brew instead of a can of soda, and as quick as you can pop the top, I was a beer fan again. A once-in-a-while … then once-a-week … then once-a-day beer fan.

I kept my preference to myself. No beer at home, lest my daughters think less of me. No beer in public. Who knows who might see me? None at home, none in public leaves only one option: convenience-store parking lots. For about a week I was that guy in the car, drinking out of the brown paper bag.

I HAD BECOME A HYPOCRITE

En route to speak at a men’s retreat, I stopped for my daily purchase. I walked out of the convenience store with a beer pressed against my side, scurried to my car for fear of being seen, opened the door, climbed in, and opened the can.

Then it dawned on me. I had become the very thing I hate: a hypocrite. A pretender. Two-faced. Acting one way. Living another. I had written sermons about people like me—Christians who care more about appearance than integrity. It wasn’t the beer but the cover-up that nauseated me.

I knew what I needed to do; I’d written sermons about that too. “If we say we have no sin, we are fooling ourselves, and the truth is not in us. But if we confess our sins, he will forgive our sins, because we can trust God to do what is right. He will cleanse us from all the wrongs we have done” (1 John 1:8-9, NCV).

Confession. The word conjures up many images, not all of which are positive. Backroom interrogations. Chinese water torture. Admitting dalliances to a priest who sits on the other side of a black curtain. Walking down the church aisle and filling out a card. Is this what John had in mind?

Confession is not telling God what He doesn’t know. Impossible.

Confession is not complaining. If I merely recite my problems and rehash my woes, I’m whining.

Confession is not blaming. Pointing fingers at others without pointing any at me feels good, but it doesn’t promote healing.

Confession is so much more. Confession is a radical reliance on grace. A proclamation of our trust in God’s goodness. “What I did was bad,” we acknowledge, “but Your grace is greater than my sin, so I confess it.” If our understanding of grace is small, our confession will be small: reluctant, hesitant, hedged with excuses and qualifications, full of fear of punishment. But great grace creates an honest confession.

Like the one of the prodigal who prayed, “Father, I have sinned against heaven and before you, and I am no longer worthy to be called your son” (Luke 15: 18-19). Or the confession of the tax collector who begged, “God, be merciful to me a sinner!” (Luke 18:13).

The best-known prayer of confession came from King David, the Old Testament hero who dedicated a season of his life to making stupid, idiotic, godless decisions. Finally he prayed, “O Lord, do not rebuke me in your anger or discipline me in your wrath. For your arrows have pierced me, and your hand has come down upon me … there is no health in my body; my bones have no soundness because of my sin. My wounds fester and are loathsome because of my sinful folly My back is filled with searing pain” (Psalm 38:1-3, 5, 7, NIV).

THE MISERY OF UNCONFESSED SIN

Bury misbehavior and expect pain, period. Unconfessed sin is a knife blade lodged in the soul. You cannot escape the misery it creates.

Ask Li Fuyan. This Chinese man had tried every treatment imaginable to ease his throbbing headaches. Nothing helped.  An X-ray finally revealed the culprit. A rusty four-inch knife blade had been lodged in his skull for four years. In an attack by a robber, Fuyan had suffered lacerations on the right side of his jaw. He didn’t know the blade had broken off inside his head.

We can’t live with foreign objects buried in our bodies.

Or our souls. What would an X-ray of your interior reveal? Regrets over a teenage relationship? Remorse over a poor choice? Shame about the marriage that didn’t work, the habit you couldn’t quit, the temptation you didn’t resist, or the courage you couldn’t find? Guilt lies hidden beneath the surface, festering, irritating. Sometimes so deeply embedded you don’t know the cause.

You become moody, cranky. You’re prone to overreact. You’re angry, irritable. You can be touchy, you know. Understandable, since you have a shank of shame lodged in your soul.

Interested in an extraction? Confess. Request a spiritual MRI. “Search me, O God, and know my heart; try me, and know my anxieties; and see if there is any wicked way in me, and lead me in the way everlasting” (Psalm 139:23-24). As God brings misbehavior to mind, agree with Him and apologize. Let Him apply grace to the wounds.

Talk to God about these buried blades. Go to Him as you would go to a trusted physician. Explain the pain, and revisit the transgression together. Welcome His probing and healing touch. And, this is important, trust His ability to receive your confession more than your ability to make it. Oh, that unruly perfectionist who indwells us. He raises cankerous doubts: “Was my confession sincere? Sufficient? Did I forget any sin?

Of course you did. Who among us knows all our violations? Who of us has felt sufficient remorse for our failings? If the cleansing of confession depends on the confessor, we are all sunk, for none of us have confessed accurately or adequately. The power of confession lies not with the person who makes it but the God who hears it.

God may send you to talk to the church. “Confess your sins to one another, and pray for one another so that you may be healed” (James 5:16, NASB, emphasis mine). James calls us not only to confess up to God but also to confess out to each other.

I did this. You are wondering whatever happened with my hypocrisy. First I threw the can of beer in the trash. Next I sat in the car for a long time, praying. Then I scheduled a visit with our church elders. I didn’t embellish or downplay my actions. I just confessed them. And they, in turn, pronounced forgiveness over me. Jim Potts, a dear, silver-haired saint, reached across the table and put his hand on my shoulder and said something like this: “What you did was wrong. But what you are doing tonight is right. God’s love is great enough to cover your sin. Trust His grace.” That was it. No controversy. No brouhaha. Just healing.

After talking to the elders, I spoke to the church. At our midweek gathering I once again told the story. I apologized for my duplicity and requested the prayers of the congregation. What followed was a refreshing hour of confession in which other people did the same. The church was strengthened, not weakened, by our honesty. I thought of the church in ancient Ephesus where “many of the believers began to confess openly and tell all the evil things they had done” (Acts 19:18, NCV). The result of their confessions? “So in a powerful way the word of the Lord kept spreading and growing: (verse 20, NCV).

People are attracted to honesty.

THE HEALING OF CONFESSION

Find a congregation that believes in confession. Avoid a fellowship of perfect people (you won’t fit in), but seek one where members confess their sins and show humility, where the price of admission is simply an admission of guilt. Healing happens in a church like this. Followers of Christ have been given authority to hear confession and proclaim grace. “If you forgive the sins of any, they are forgiven them; if you retain the sins of any, they are restrained” (John 20:23).

“If we say we have no sin, we are fooling ourselves, and the truth is not in us. But if we confess our sins, he will forgive our sins, because we can trust God to do what is right. He will cleanse us from all the wrongs we have done” (1 John 1:8-9, NCV).

Oh, the sweet certainty of these words. “He will cleanse us.” Not He might, could, would, or has been known to. He will cleanse you. Tell God what you did. Again, it’s not that He doesn’t already know, but the two of you need to agree. Spend as much time as you need. Share all the details you can. Then let the pure water of grace flow over your mistakes.

Excerpted from Grace: More Than We Deserve, Greater Than We Imagine by Max Lucado. ©2012 Thomas Nelson Publishers. Used with permission. May not be further reproduced. All rights reserved.

Listen to an interview with Max Lucado on a recent FamilyLife Today® broadcast. 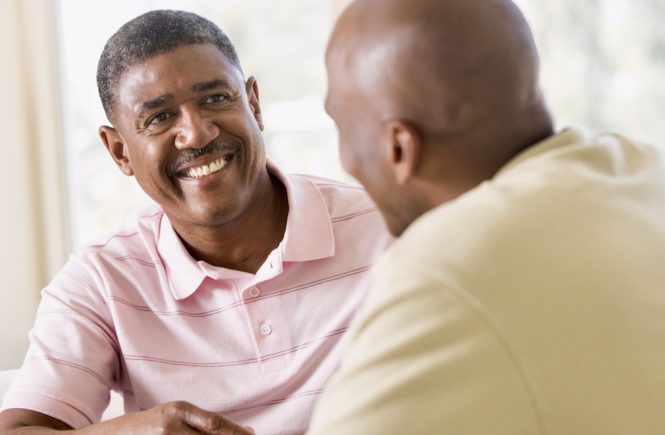 I Needed a Mentor