Is Prayer Your First Response? 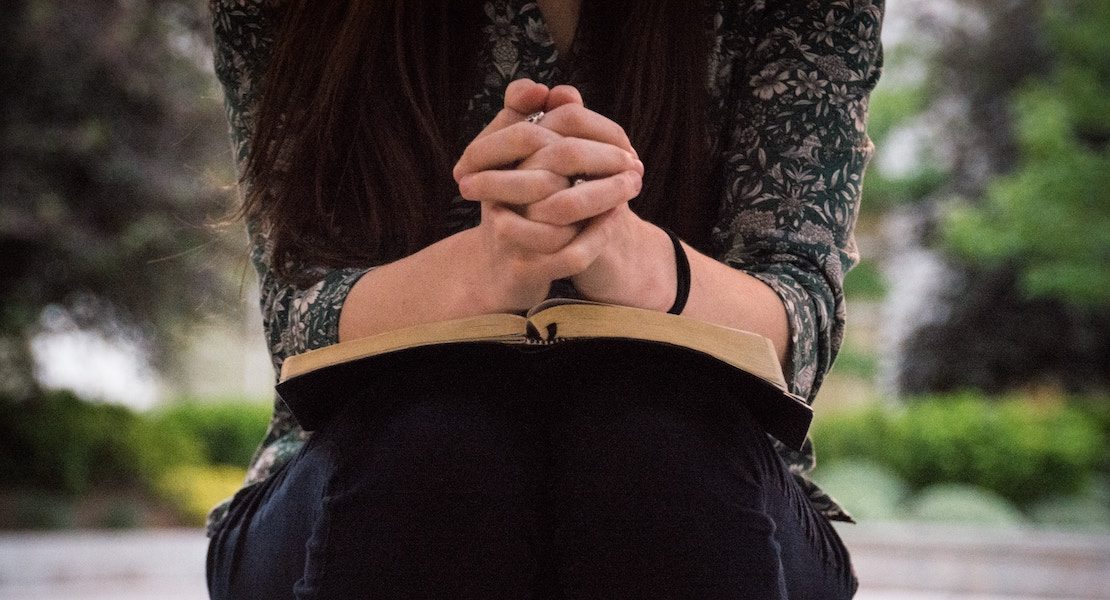 Emergency service people are called first responders. Their first response is to help. Police, fire fighters, and paramedics all race to respond when someone is in need. For many it comes naturally. For most, training is needed to be able to fly into action during an emergency. As a former police officer, my husband was trained to be a first responder.

As a Christian, I have a desire to speak to the Lord about things. But, like a paramedic, there’s training necessary before I learn to pray first in a situation. I have to make a conscious decision to do that. His Word is a great reminder.

When I’m going through something difficult, I struggle with taking my cares to God first—before worrying. My first response is to share my anxieties or fears with my husband, Paul, or have a marathon conversation with my girlfriend.

When I have a weakness, I make a point to teach my children the areas I struggle in, so they can avoid my pitfalls. Things like swimming in deep water, eating more veggies than cookies, keeping my patience while driving—prayer as a first response in every situation. I learned through an emergency experience that they had actually listened to me.

We were getting onto the freeway, when Paul accelerated to merge with traffic. “Geesh!” I heard him say as a wooden garage door tumbled through the air and landed with a thud, throwing up dust and debris not more than 50 feet in front of us.

We watched in stunned silence as a full-sized pickup truck careened out of control, skidding sideways across three lanes. The driver overcorrected, and the truck went airborne. His vehicle cartwheeled off the freeway and over a 30-foot embankment, landing somewhere below.

As Paul (a former police officer) pulled over, I silently prayed he would stop our Suburban before the children caught a glimpse of the potential fatality. Quickly, but calmly, he put the car into park and unbuckled his seat belt. “Call 911.” Bolting out of the car, he sprinted down the freeway, over the embankment, and out of sight.

As I dialed 911, my hands began to shake; I (a former police dispatcher) wasn’t familiar with being on this side of an emergency call. As I gave the dispatcher information, I could hear soft voices from the backseat.

My children were praying.

They had been trained to make prayer their first response. I was touched as I listened to them pray for their daddy and the man in the pickup truck.

The looky-loos gathered, pulling their cars onto the shoulder. Some even got out and stood, peering over the edge to view the carnage below. Still, none ran down the steep embankment or attempted to climb over the barbed wire fence.

No one, except my husband.

The driver was alive when Paul got to him, his truck eventually landed upside down on a frontage road below. Partially ejected out the passenger window, he was semi-conscious. Work tools, ladders, and broken glass had been launched and scattered alongside the road, out of the way of oncoming traffic.

Paul thought for sure the driver was dead. We discovered later when the ambulance arrived that his injuries were minor.

I was proud of my husband, but I wasn’t surprised. He’d been trained to react this way. My children were proud of their dad too. One moment they were talking with him in the car, and the next they witnessed Clark Kent transform into Superman. First responders are trained to do just that.

What impressed me more than my Superman spouse was my children’s first response. They began to pray, without provocation or direction from me. They’d been trained to bring their cares before the Lord. Someone once shared with me, “Joanne, if all you can do is pray, then that’s what you should do.” My children lived those words out that day.

Practicing what I preach

I used to believe I was too busy to pray. Not true. Prayer took a backseat in my faith journey for far too long. Making time for it is a discipline I am still learning. At least now I understand I have time for it. How could I honestly believe I didn’t have time to talk with God? I made time daily to eat at least three meals a day, browse the internet, and make phone calls to friends who had no power to change the problems I was facing even if they wanted to.

I used to believe prayer was a lesser responsibility for those who didn’t have the gift of teaching or couldn’t make a tater tot casserole for the church potluck. Prayer was at the bottom of my to-do list. Those who were labeled prayer warriors, well, I thought it was great for them, but it must be because they weren’t gifted for anything else.

When I was younger, if I had been given a book to read, I would have voraciously attacked each chapter except the one on prayer. After all, prayer was boring, prayer took time, and prayer was only for emergencies, right? I was raised in a church where prayers were memorized and recited and didn’t require much reflection on my part.

When I first brought my husband to a service in my childhood church, he was surprised at the lack of emotion, the monotone presentation of those who repeated the same prayer over and over—almost in a chant. Frankly, I wasn’t too interested in digging much deeper. As far as I was concerned, prayer was boring, and that was that.

Prayer is an important part of my day now. I can’t imagine how my marriage would suffer if Paul and I spoke only every now and then or just once on Sunday. I’m grateful for a Lord and Savior who not only died for me but who also takes the time to listen whenever I speak to Him.

If you have struggled with making prayer your first response, here are some ideas to get you started:

Is He your first step and first response when life gets harried and priorities get skewed? Have you talked with Him lately? If you haven’t, maybe it’s time you did. 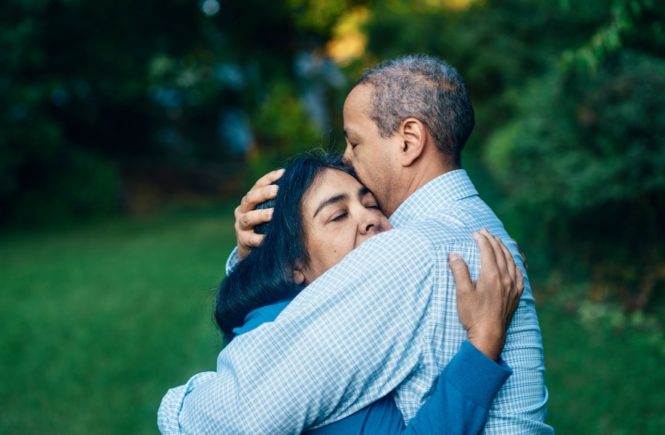 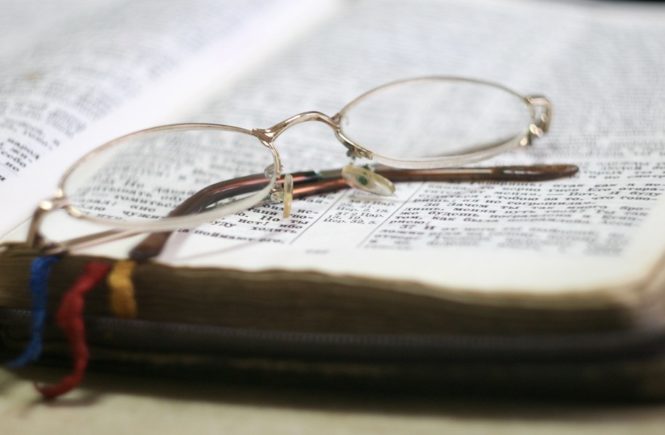 Giving Thanks in All Things